Wii U is a fairly new next-gen console by Nintendo. Although it is not as powerful as the PS4 or Xbox One it still has its own little kick to it in terms of gameplay. If you are a die-hard Nintendo fan, you have probably already bought one and looking for a way to preserve your games on disc as long as you can.

First off you will need to make sure that you can run the Nintendo Wii backups on your Wii U game console. You can do this by installing some simple software modifications for the Wii Mode.

How can I do this? 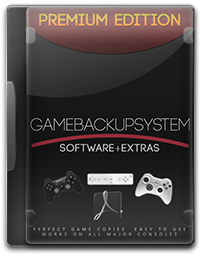 First off, you have to install the Homebrew Channel onto the Wii mode. The installation process is more or less the same as installing on a regular Nintendo Wii. The whole process and the documentation can be found in the  premium version eBook that GameBackupSystem comes with.

Unfortunately, installing the Homebrew Channel and getting the appropriate modifications for your system will not make your system backup games on its own. What you will have to do is to start backing up your games with your PC or Mac.

Backing up the Games